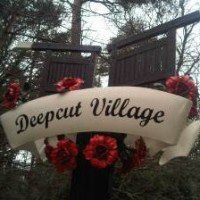 The Deepcut Liaison Group (hereinafter DLG) was formed in early 2008.  A meeting was convened with the aim of setting up a group to influence the development plan for Deepcut as the Princess Royal Barracks (hereinafter PRB) site was being put forward for development.  Angela Mitchell a resident of the village since 1982 was elected as Chair.

The initial stance was that villagers did not object to the development, but it must support the development needs of Deepcut.  Meetings were held and a cross segment of residents attended.  Jenny Rickard and John Devonshire from SHBC planning also participated.

SHBC, with the support of DLG, held a Community Engagement at the Deepcut Village Centre in March 2010 to gather the opinions of the community.  40 stakeholders attended and an exhibition organised by DLG was attended by nearly 200 residents most of whom left feedback.

The SHBC Core Strategy document, published in July 2010, included a section on the Deepcut. The DLG was concerned that Deepcut was going to deliver the bulk of the new housing for Surrey Heath and that our needs had to be identified, communicated, and protected. A DLG team represented residents at the Inspector’s Review of the Core Strategy highlighting issues that were addressed in the Core Strategy finally approved in 2012. With Residents’ help and written inputs, the DLG also worked with SHBC Officers developing a Supplementary Planning document (SPD) for Deepcut that set out in detail plans for the village.  This was approved in September 2011.

In early 2012 via the Defence Infrastructure Organisation (DIO), the military held an exhibition of their plans for the development of the PRB site.  The DLG saw a Residents’ meeting was needed to discuss various aspects. Michael Gove our MP agreed to call the meeting and invited representatives from SHBC, SCC, and the DIO.  The hall was full to capacity and the windows opened so those outside could hear. It was estimated that over 500 residents attended. The evident strength of Residents’ feelings at this meeting led to several planning meetings, hosted by our MP, where the DLG met with key players from SHBC, SCC, MOD, DIO, Natural England and the DIO’s Consultants.

Simultaneous to the above process the DLG felt Deepcut should take advantage of the new Communities Act’s provisions. Accordingly in 2012 the Deepcut Neighbourhood Forum (DNF) was formed to develop a plan for the area of the village. A Neighbourhood Plan enables residents to protect an Area and influence further development therein.  The DNF was ratified by SHBC in October 2014 and a Project Plan exists to develop a Plan for the defined Neighbourhood Area which excludes the PRB but includes most of the rest of Deepcut.

Angela has moved out of the village to Lightwater and, by law, can no longer be a full member of DNF. Membership is restricted to Residents, Businesses in the Area, and Local Councillors covering the Area. Angela remains as Chair of the DLG which is consulted by SHBC on Deepcut Planning matters.

Benefits delivered to Residents by the DLG

If you need to contact us about an issue with the site or you would like to put forward a contribution please email us at secretary@deepcutforum.org.uk

To view historic statistics since the launch please click here

Get social with us.

Keep up with what is happening locally with the Mytchett, Frimley Green & Deepcut Society. Find us on Facebook @MytchettFrimleyGreenDeepcutSociety on Twitter @MFGDSociety and with lots more information on our website at MFGDSociety.org.uk  And don’t forget there is also our Noticeboard on Frimley Green village green.

We aim to support our local community in many ways from planting trees to scrutinising planning applications, and from tackling rubbish to protecting our community assets. To support our work - which is all done by local volunteers - costs just £5 per year per household. We think that is pretty good value. Join in and add your £5 now - just visit our website or drop us an email at info@mfgdsociety.org.uk